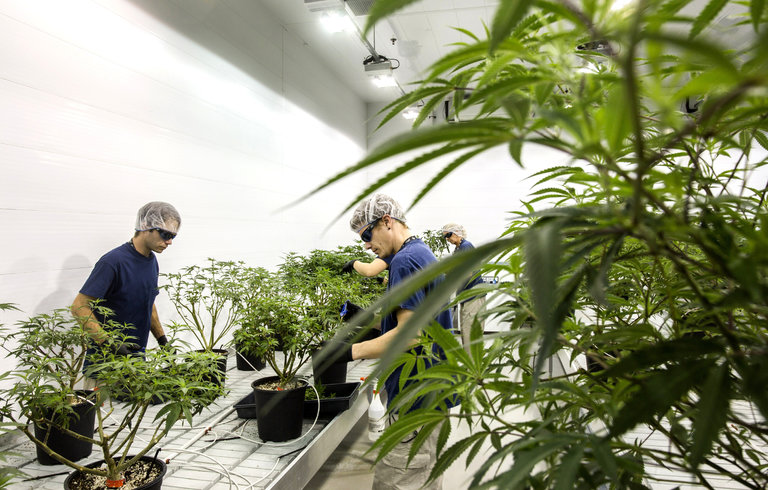 New Jersey’s new governor, Phil Murphy, made access to medical marijuana easier in the Garden State this week. A few weeks earlier, California, with its nearly 40 million people, legalized recreational marijuana use, having cleared the way for medical marijuana in 1996.

Twenty-nine states now allow marijuana for medical purposes, while eight have legalized its recreational use. As the acceptance of marijuana is growing, so are the opportunities to invest in it.

High-net-worth individuals have become a go-to source of investment dollars. This is partly because of the size of many of the companies, which are generally too small for institutional investors. But it’s also because many of the companies require affluent investors who are willing to operate in a moral and legal gray area.

Because of questions about the legality of marijuana, many banks will not accept deposits or conduct business relationships with cannabis companies. And for some wealthy individuals, like those with connections to prominent businesses, the double-digit returns may not be worth the potential taint to their reputation.

Continue reading the main story
Yet the returns are alluring. Shares are rising for companies in Canada, where marijuana is legal for medicinal purposes and the prime minister, Justin Trudeau, is pushing for it to be legalized recreationally. Canopy Growth, a medical marijuana producer, went public in May 2016 at 1.76 Canadian dollars a share and is now trading at 23.60 Canadian dollars. Shares of MedReleaf, another producer, have surged 153 percent since the company’s stock debut in June.

What is challenging for one person, of course, can be an investment opportunity for another. The legal cannabis market in the United States was estimated to have grown by a third in 2017, to $9.7 billion, according to the Arcview Group, which follows the industry. Arcview said 2.3 million people in the United States used marijuana for medical purposes last year and that an additional 1.8 million did so recreationally in states where it was legal.

But that’s a small fraction of the potential market. Arcview said some 44 million people in the United States consume cannabis products in a given year.

Investors put $600 million into private cannabis companies last year, said Troy Dayton, the chief executive and a co-founder of Arcview, which also has an investment arm. Since 2011, his group, which consists of 800 investors, has made $155 million worth of investments in the cannabis industry, from growers and dispensaries to companies that make ancillary products, like vaping devices. Some $60 million of that investment capital, however, was invested just last year.

“It’s moving very fast,” Mr. Dayton said. “It’s also unlike other markets because there is this federal-state conflict. Every state has different rules. There are so many layers of complexity.”

His group offers tips for new investors. Some apply to any private investment — like looking at enough deals and properly vetting a promising deal. But others are specific to the industry, like navigating the different state laws, understanding the robust competition from illegal producers and mitigating the risk of federal prosecution.

Putting money into growers or dispensaries requires investors to sign documents that are going to be filed with state regulators, putting investors at odds with federal law, Mr. Dayton said. “With the exception of things that are going through the F.D.A. approval process,” he said, referring to the Food and Drug Administration, “any business that touches cannabis in the United States violates federal law.”

But warnings aside, there are opportunities for investors. The safest investment is in legal businesses like pharmaceutical companies using cannabis in their treatments as well as companies that make devices to consume cannabis, create sales and tracking software, develop or manage the real estate related to cannabis, or even provide human resources to the industry. Companies that grow or distribute marijuana are considered riskier.

One of the best known in the medical marijuana field is GW Pharmaceuticals, a multibillion-dollar company developing a cannabis-based drug, known as a cannabinoid, for multiple sclerosis. Others include Zynerba Pharmaceuticals, which makes cannabinoids for neuropsychiatric conditions; Insys Therapeutics, for pain-management in cancer patients; and Therapix Biosciences, for central nervous system disorders.

These drugs were created to harness certain components of cannabis that react with receptors in the body. “What’s unique about cannabinoids is they’re very safe,” said Dr. Ascher Shmulewitz, the interim chief executive of Therapix. “With most drugs, the question is safety, and the issue is causing harm. With cannabinoids, the issue we have to show is efficacy.”

Therapix took an approved drug called Marinol, which is used to treat nausea in cancer and H.I.V. patients, and improved how it is delivered to the body. It is in F.D.A. trials now.

“Instead of telling a patient to smoke a joint, we’re telling them to take a pill,” Dr. Shmulewitz said. “Medical marijuana isn’t a drug, so it’s not reimbursed by insurance. We’re trying to create a path that allows the doctors and hospitals to use this as another way of treating a patient.”

Steven W. Wasserman, a lawyer and investment adviser at Seaport Investment Management in New York, said he had invested 5 percent of his own money into six cannabinoid-based pharmaceutical companies. What he has not done, he said, is advise clients to do the same.

The overall investment market has done so well in the last year that recommending cannabis stocks is not worth the risk, he said. And he shies away from the growers and distributors of cannabis because of the gray area in which they operate.

“If you’re a grower, you can’t go to the big insurance companies and get a policy,” leading to liability issues, he said.

But that does not deter some investors. Michael J. Willner, chief executive of Willner Properties, a real estate development and management company outside Philadelphia, said any short-term problems outweighed the long-term potential of cannabis-based treatments. He said he had allocated more than 20 percent of his investable assets to publicly traded companies in cannabinoid pharmaceuticals.

Mr. Willner said he was attracted to the medical benefits, which he had heard of firsthand. “It’s not a cure-all, and it’s no layup, for sure,” he said. “But it could benefit society, and it could open up other avenues.”

For those looking for less risk, investing in real estate built specifically for cannabis companies offers high returns but at an arm’s length from the businesses housed within.

Tim McGraw, chief executive of Canna-Hub, is developing two cannabis-related properties in California, including one near Sacramento that will have an estimated 1.22 million square feet. He said that the special requirements to be compliant with California law — like security and ventilation — increased the cost of development, but that cost was made up in higher rents. He said he expected returns in the high 30 percent to low 40 percent range.

“You have the protection and security of real estate, not the risk of a single operator,” said Mr. McGraw, who has been in real estate development for 20 years. “It’s across the cannabis industry. In the two office parks, we’ll have 125 operators.”

The marijuana market is moving away from the stoner image of the hippie culture, said Tom Adams, the editor in chief of Arcview’s research arm. Smoking is now 50 percent of the legal market in Colorado, down from 70 percent just last year, he said. And vaping makes up nearly a quarter of the market, followed by tinctures, pills and creams.

“The two fastest-growing categories were tinctures and pills, showing how far away that market is getting from the party-oriented Cheech and Chong movies,” Mr. Adams said. “Tinctures and pills are about an older demographic easing the aches and pains of age. It’s more part of their wellness regimen than their party regimen.”

It’s certainly a different image, but it may be a more stable one for investors.